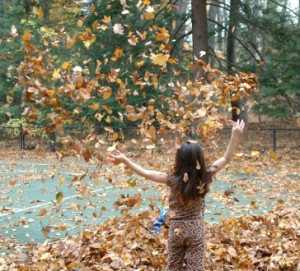 would shoehorn all future growth into Waldorf while downzoning vast tracts of private property within rural areas and the Development District, and the rejected plan would destroy thousands of jobs within the real estate, development and retail sectors of the County’s economy. The plan adopted by the Planning Commissioners preserves property values, creates new jobs, and increases property values, while numerous state and federal laws outside of the Comprehensive Plan provide for the protection of the environment.

2)    The merged scenario plan, which was rejected by the Planning Commission, would put all new development in Waldorf.  It is estimated that 100,000 new citizens will arrive over the next 40 years, and putting them all into Waldorf with high density development will worsen traffic congestion to an impossible level since this plan does include any new road capacity in Charles County. It will also change the development patterns from single family and town house development to high rise rental and condominium apartments.  This is no “improved quality of life” as promised by the supporters of the rejected plan.

3)    The county enacted a high density Transit Oriented Development zone for Waldorf 13 years ago and rezoned hundreds of acres in Waldorf to the TOD zone.  To this date, no high density development has occurred in that zone.  High density zoning only works if there is a market for high rise development, which is not the case in Waldorf.

4)    43 years of smart land use plans have resulted in Charles County becoming the 3rd wealthiest county in Maryland and protected the environment.  The Proposed Plan builds on this solid foundation. The rejected plan ignores the current economic benefits for Charles County and chokes off future economic growth.

5)     Every elected official talks about creating jobs.   One of the best opportunities to attract new jobs to Charles County is the Maryland Airport upgraded to jet service. The Proposed Comp Plan suggests that the County Commissioners prepare a sub area plan for the land around the upgraded Maryland Airport to determine the best zoning categories to take advantage of the airport, and also requests a plan for constructing the infrastructure needed to attract new companies to the county.   The rejected plan calls for zoning all of this area around the airport for conservation. Translation: no new jobs.

6)    The Proposed Comp Plan continues the policy directing 75% of future growth throughout the Development District and not just Waldorf, and the plan reiterates the need for an east-west road in the Development District.  According to a recent poll conducted by the Gonzales Firm, the Cross County Connector is supported by 69% of Charles County voters and opposed by 19%.  People want roads and have consistently supported candidates in Charles County who are in favor of new road capacity.  Our citizens deserve a comprehensive transportation plan that includes roads, park & ride lots, bus service, and a reasonable plan for a future rail system.  We need traffic solutions NOW, not 30 years in the future.  The rejected plan provides no new road capacity in the Development District.

Charles County is a Great Place to Raise a Family

The Proposed Comp Plan continues the preservation of rural land.  To date, we have preserved 53% of rural land in the county using existing programs that compensate land owners for the development rights on their property.  Continuation of these same plans will result in 75% of rural land ultimately being preserved. The Proposed Plan does not confiscate property rights from our farmers and land owners and preserves rural Charles County. The rejected plan downzones 80% of remaining undeveloped property in the rural area destroying hundreds of millions of dollars of private property value.